If you know us, you know how important community is to us. More importantly, you know how much we value the children in our community. When received an email this Fall about the lack of food in our schools, we were a little surprised and decided to get to work!

After speaking with some folks at the school, we learned there are two main issues kids face when it comes to their food… a lack of funds in their lunch accounts and not having snacks at snack time.

The issue of childhood hunger is one that is prevalent in the United States. 62% of teachers say children in their classrooms are coming to school hungry and 20% of those families are not eligible for government assistance. This leaves our educators cash strapped and burdened with providing whatever they can to help.

Piloted by Kelly Stevens, a teacher’s aide at Kensington Road Elementary School and together with O’Brien’s Angels, we have initiated a snack program called Food For Thought. Food For Thought is an initiative that gets food to those who need it in our local school districts. Ms. Stevens says, “Sometimes they forget and other times parents can’t afford. Last year a girl who is considered homeless stopped bringing a snack and kept asking me for one. I would get her one. My daughter Emma caught on and made a snack pack bag for her for the week. I posted about it with a photo not thinking it would go anywhere and a bunch of my friends signed up to make a bag for her every week.” Now multiple schools throughout Warren and Washington Counties receive shipments of snacks on a regular basis, provided by O’Brien’s Angels.

We wanted to help the children whose school lunch accounts had been depleted as well. O’Brien’s Angels made a $2,000 donation to the Glens Falls City School District to fight child hunger. The money will be used to replenish accounts of those who have run out. 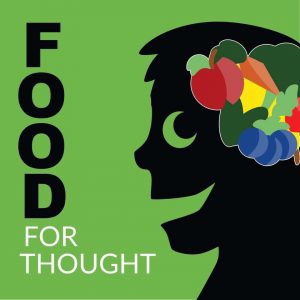 We would love your help in keeping Food For Thought going! The current need is approximately 2,500 snacks per month, so we could certainly use your help. We proudly accept all donations at our office at 83 Bay Street in Glens Falls.

Some good ideas for snack are bags of pretzels and goldfish, granola bars, and applesauce pouches. Monetary donations made payable to O’Brien’s Angels are also accepted.

If you don’t follow us on Facebook, hop on over and do so! While you’re there, please join our group O’Brien’s Angels. We’d love to have you! Let’s keep this positive momentum going and keep those kiddos fed!